In the beginning of Phase 3, there were wisps of doubt floating around wondering if Tempo Storm lost their momentum being stuck in the middle of the pack after the first weekend. This ultimately proved not to be the case. Tempo Storm found their form, and dominated the phase qualifying for the PUBG Global Championship. Check out the standings below! 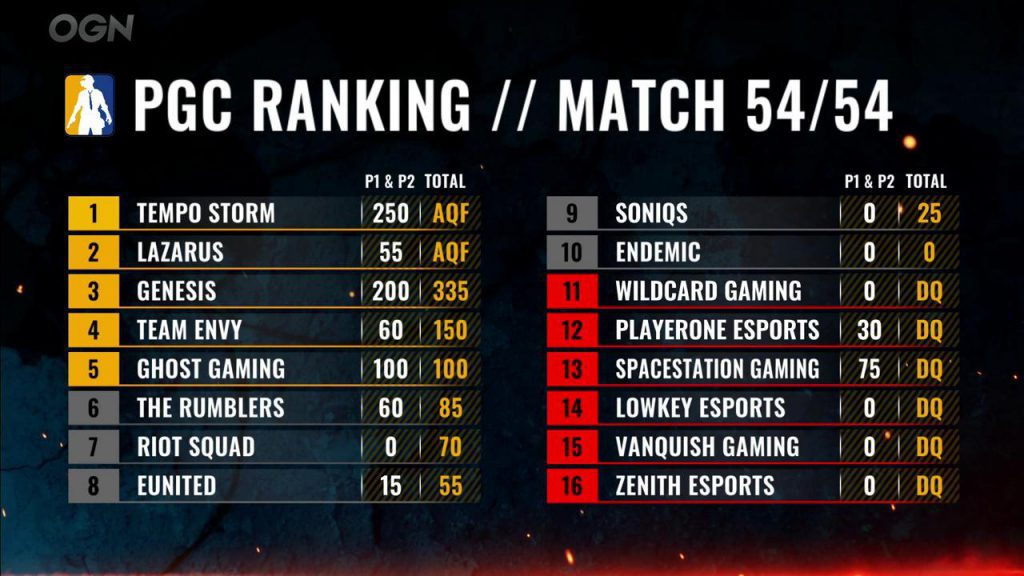 Congratulations to Lazarus, Genesis, Team Envy, and Ghost Gaming for also qualifying for the PGC!
The PUBG Global Championship Group Stages will begin November 8th, 2019. Mark your calendars and remember to cheer on North America’s best as they go home, relax, and practice to compete with teams from across the globe!